We are pleased to confirm the date and venue for our annual research conference, RESCON15. We hope you are able to attend.

We are looking forward to celebrating the work of our entire research community, with presentations and posters from both postgraduate research students and academics from around the University.

Registration, details of guest speakers and a draft programme will follow soon.

A new, dedicated facility for research students has been opened at City North Campus.

The PGR (Postgraduate Research) Hub, based on the third floor of Baker Building, provides a number of resources for research students and their supervisors including room for flexible working, seminars and meetings, as well as a social space.

Research students from every part of the University will be able to make use of a variety of new equipment including desks, 25 PCs; 24 laptop docking stations with mice and keyboards, lockers, kitchen facilities and two separate rooms for meetings. In addition, there is a furnished seminar room for use as a teaching space.

The PGR Hub has been created as part of the University’s work to ensure that research students have access to improved resources until new research facilities become available at City Centre Campus and City South Campus from summer 2017.

Jane Farrow, Research Support Manager, commented: “We want to make sure that our postgraduate students have easy access to facilities that will really help them in their studies. The PGR Hub also provides a central location for lectures and seminars which will help to bring together research students from across the University.”

A talented PhD student is set to see her latest piece of music played on BBC Radio after impressing critics with her unique style of composition.

Kirsty Devaney has had one of her pieces chosen to be played on BBC Radio 3 as part of a special programme featuring new compositions.

The researcher wrote the piece titled [as if on a pivot], as part of the Adopt a Composer project. The scheme pairs amateur music groups with a talented young composer to create a new piece of music, culminating in a premiere performance and a recording by Radio 3.

The project is a unique opportunity for amateur musicians to work directly with a composer, actively involving them in the creative process. The composer has a chance to form a close working relationship with the group, something which is not always possible with professional commissions.

Kirsty has been working with the Arden Recorder Orchestra to help compose the new piece which was premiered at St Catherine’s Academy in Bolton on Saturday 27 June. She explains: “The Adopt a Composer scheme pairs composers with a range of different ensembles including choirs, orchestra, string groups as well as more unconventional ensembles.”

Kirsty commented: “I enjoy creating new and unusual sound worlds through experimentation with timbre and using extended techniques. Structurally the music grows and develops organically within a harmonic landscape that is familiar but tainted.”

Kirsty works as a freelance composer and was shortlisted for a British Composer Award in 2011. She has worked with organisations including THSH (Town Hall Symphony Hall) Birmingham and Stratford Literary Festival and composed for ensembles such as Orkest de Ereprijs, The Schubert Quartet, Noszferatu and BCMG.

In 2013 she was awarded the Principal’s Prize and gained a place as a Junior Fellow at Birmingham Conservatoire. She is currently completing a PhD at the School in Education under the supervision of Professor Martin Fautley and Professor Janet Hoskyns. Kirsty’s research looks at how composition is taught at secondary schools.

David Curtis, Artistic Director of the Orchestra of the Swan, has praised Kirsty’s work commenting: “Kirsty has a clear and refreshing voice as a composer and engages with musicians, students and audiences alike.” 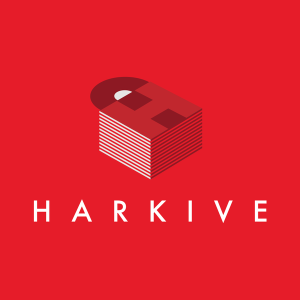 A research project by a postgraduate researcher from the University has been featured on BBC Radio 4’sToday programme and BBC Radio 5 Live.

The Harkive project, created by PhD student Craig Hamilton, is an annual, online music research project that gathers stories from people around the world about how, where and why they listened to music on a single day. Since launching in 2013, the project has gathered over 5,000 stories.

By gathering and sharing these stories, Harkive aims to create a global snapshot of the ways in which people interact with music and technology. Fans are able to contribute their stories by emailing the project, posting to social networking sites such as Twitter using the #harkive hashtag, or by posting on the wall of the Harkive Facebook page.

Craig, who is funded by the AHRC’s Midlands 3 Cities Doctoral Training Partnership, has already received contributions from a number of prominent music journalists including Andrew Harrison from Q Magazine, Jude Rogers from the Observer and Rob Fitzpatrick from the Guardian.

Craig explains: “The landscape of music consumption has changed radically over the last decade. Services that many of us take for granted, such as YouTube and Spotify, simply did not exist ten years ago. Meanwhile, the resurgence of some physical formats and vinyl in particular, show that these still resonate for fans.

“Harkive will discover how we each create our own patchwork from what is available to us, and will map how these change in the years to come when Harkive plans to return in 2016. My intention is that these stories help contribute to the furtherance of knowledge and study of popular music culture.”